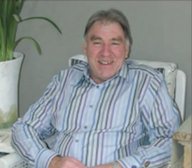 Stamford AFC are saddened by the news that our club president Vic Couzens has passed away.

Vic was a great supporter of the club for over 30 years. He joined the board of directors in 1981 and was chairman when Stamford visited Wembley in 1984 in the FA Vase.

The Daniels old ground at Wothorpe Road bore his name for many seasons including the final year in 2014. He helped with the installation of the floodlights at Wothorpe Road as well as helping to extend the clubhouse.

He regularly attended games both at Wothorpe Road and at the Zeeco stadium until unfortunately his failing health prevented him attending in the last couple of seasons.

He also supported other local football teams including Blackstones and Spalding United.

Our condolences go out to his wife Yvonne and all his family.