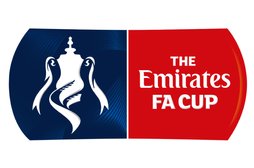 Stansfeld FC are delighted that for the first time in the club’s 123-year history they are entering the FA Cup.

They have been drawn at home to Punjab United in the Extra-Preliminary Round of the FA Cup; the game is to take place on Wednesday 2nd September 7.45pm kick off.

Since arriving at Step 6 in the Football Pyramid five seasons ago; Stansfeld FC have played in the FA Vase for the last 3 seasons and will be entering into their 4th campaign of the FA Vase this coming season.

After a successful league campaign in 2019/20; that was unfortunately made null and void in March 2020. Stansfeld are one of a small number of clubs at Step 6 that were lucky enough to be offered a chance to enter this season’s FA Cup.

Manager’s Billy Hamlin & Jamie Phipps said “This is a great result for the Stansfeld Club and everyone involved at Stansfeld FC. This has been years in the making with a lot of effort off the pitch; but we have also had to work hard on the pitch to get ourselves into a position to qualify for the FA Cup and the players dedication and performances over the past few seasons have meant we were fortunate enough to get an opportunity this year. We look forward to the challenge ahead and to add to the club’s history.”