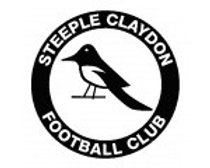 Club History
Steeple Claydon Football Club, the Magpies, were officially reformed in 1952. However, football has officially been played in the village of Steeple Claydon for over 100 years with the earliest picture of a Steeple Claydon side hanging in the Pavillion at The Rec for the 1910-11 season.

Recent History
In recent seasons, the club has enjoyed success in a number of leagues and cups, winning the NBDFL Premier Division in 2004/05 and 2009/10 and the Oving Village Cup 5 times in the last 10 years.

From the 2010-2011 Season the club entered a period of transition. As such the club has evolved into one side which will play in the North Bucks & District League Division One.

At the end of the 2011-12 season, the club withdrew from the NBDFL Intermediate Division and, again, consolidated to one club for the 2012-13 season in the NBDFL Division Two. The side managed by David Terry and Tom Pitt finished 5th in the league, were Division Two Trophy runners up and reached the Oving Village Cup Semi Final.

At the club's AGM on 29th May 2013, it was announced that Mark Whiting and Tony Gibbard would manage the side into the 2013-14 season.