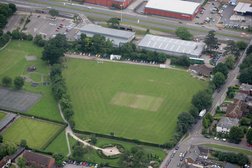 We are ECB CLUBMARK accredited since 2005 showing that our Club is sustainable, well-run and provides a safe, rewarding and fulfilling environment for participants of all ages.

We field 6 Saturday sides in the Saracens Herts Cricket League, a Sunday T20 side, a Sunday side in the North Herts League and a Sunday Development XI.

Our thriving Junior section caters for juniors from ages 5 and upwards, play in the Herts Junior League and participate in the ECB All Stars and Dynamos Programmes and has been running as a CHANCE TO SHINE Club since 2005.

We also wish to develop Women’s Cricket at the Club and are looking to recruit ladies and girls that wish to play.

A BRIEF HISTORY OF STEVENAGE CRICKET CLUB & CRICKET IN STEVENAGE