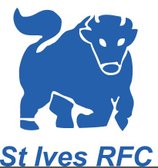 Along with many others around the country, the players and officials paid due respect with an impeccably observed silence following the passing of Queen Elizabeth II.
The pause before kick-off will undoubtedly have added to the nerves of debutants Connor O’Neill and Daryn Griffiths. Both acquitted themselves well in their first starts, especially teenager O’Neill who tackled well and ran hard with ball in hand.
The first half hour of the fixture was very much a stop-start affair as neither side could hold on to the ball on key occasions. Ives had the greater number of opportunities with breaks from Ollie Raine and Alex Henly taking them close. But Casuals also let chances slip as final passes found turf.
On the half hour, Ives were the first to string together some text book passing, fixing the defence with good direct running and creating space on the outside for Raine to run round the last man. He took the ball to the posts, easing the conversion for Charlie Mandley.
As the second half commenced, it was the Bulls defence that was in evidence as Casuals were driven back into their own half when in possession. Some thumping hits from Michael Sykes and John Paxton motivated the entire team to put the hosts under pressure.
Seeking an exit, Casuals made one risky pass too many and Alex Henly read the play. He intercepted in midfield and ran through unopposed to score under the posts. Mandley duly added the conversion.
The Bulls had a final half hour they will review with frustration. Twice, soft penalties gave Casuals field position. Both times Casuals took the opportunity to dart through the Ives defence and score. The game was now tied with ten minutes remaining.
Ives had plenty of opportunities to retake the lead, but on occasion couldn’t nail critical set piece or territorial advantage.
And they were left to rue their misfortune when they were turned over and Casuals scampered over to take the lead.
With less than a minute remaining, Paxton made a strong break to within inches of the line, but in a moment that summed up Ives afternoon, the last pass went to ground and the game was over.
Head Coach Paul Humphreys reflected, “Naturally we are all disappointed at the result, we laid the foundations in the first half to kick on. I cannot fault the effort the boys put in. A number put their hands up, but man of the match, Josh Dear put in a hell of a shift. We also had two great displays from two debutants in Connor and Daryn. We are a team in development. The boys know this and the areas we need to work on and will grow from this experience. We go again next week and will right a few wrongs.”
Share via
FacebookTwitter
https://www.pitchero.com/clubs
Recent news