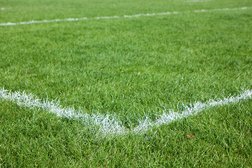 A fairly mixed week this week for the club, but overall the season is looking really positive across the board. The ladies' firsts ended their winning steak with a draw against a strong Peterborough seconds side - they are a point clear at the top with a game in hand. The men's firsts tightened their grip on third place in their league with a 3-1 win at strugglers Wisbech seconds. Our standout performers this season; the ladies' fourths won 9-1 away at Welwyn fourths and the men's thirds won 5-2 away at Horncastle seconds. There were losses for the other teams in league action and a friendly win for Geoff Watts' fourth team.

Saints excellent 7-game league winning run came to an end against a determined City of Peterborough IIs side. Saints had slightly the better of the opening half, but weren’t able to capitalise either from open play or their penalty corners. Peterborough threatened when they broke forward with pace. After the first few minutes of the second period Saints began to dominate, but still couldn’t find the breakthrough. With 10 minutes of the game remaining Peterborough claimed the lead with a fierce penalty corner strike. Saints responded positively to this setback and Kelly Bingham levelled with an emphatic strike from the edge of the circle. Whilst Saints continued to push forward until the final whistle they could create a clear opportunity for a winner and the game ended in a 1-1 draw. Next Saturday Saints will be looking to get back to winning ways when they make the short away trip to face Cambridge Nomads.

Top of the league. Travelling away to Nomads firsts next week. 2pm push back

The ladies 2s lost to runaway league leaders Bedford fourths, and are now 3rd in the league with a game in hand.

After going toe to toe with 2nd placed St Ives the previous week and losing by a solitary goal, the threes impressed against league leaders Bury this week.  Again they were very much within touching distance of their opponents losing by a one goal margin.

A very strong performance against the bottom side in the league outlined the 4s league leader credentials.  Scoring came from a hattrick each for Niamh Gaynor and Charlie Churms and individual goals from Nicola Griffiths, Kira Herbet and Eleanor Pybus.

The Men's 1st team solidified their third place position in div 4NW with a win away at Wisbech 2s. Goals came from Bradley Forsdick x2 and Adam Maltby

7th in league. Go to Wellingborough 1sts next week.

The men's 3rds got there in the end in their win away at Horncastle.  They went behind early on despite having a few chances of their own, but soon moved the lead after a goal each from Kevin Sequenza and Adam Horlock while reduced to ten men.  A breakaway goal brought Horncastle back level in the second half.  This only acted to galvanise St Neots into playing some of their best hockey and making their pressure tell.   Three goals in the last 15 minutes came from Paul Ray x2 and another from Adam Horlock.

5th in the league. Host Ely City 2nds on Saturday

Top of the league. Play Ely City 3rds on Saturday

Both goals came in the last 5 minutes.

6th in league. Away at Saffron Walden 8ths on Saturday