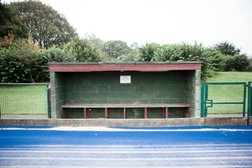 Last weekend was a real highlight for the club with eight of the nine teams winning. Both first teams are well set in their leagues in second place and both of our fourth teams are top of their leagues!

Three people scored four goals this week (Jay Dickenson, Sean Sanderson and Danny Rowland-Cox) and there was a hat trick for Pete Taine in the men's 2s.

Next weekend will see some more challenging games for the club and the fiercely contested 4ths v 5ths derby for the men. Good luck to all!

Anyone wishing to submit a short report of their teams performance should sent it to Gareth Thomas (garethomas@msn.com) by Sunday evening.

Saints Ladies 1s recorded their third consecutive victory, defeating Wisbech 2s 3-1. Captain Alice Wright gave Saints the lead from a penalty corner shortly before half-time. Wisbech equalised early in the second half, but Saints responded well to this set back with a further penalty corner goal from Kelly Bingham and Annie Cerveno finally made the points safe for Saints with a good open play goal in the dying minutes of the game.

Goals from Niamh Gaynor and Charlie Churms.
Fourth win out of four!
The team linked well together and went into the half time break 2-0 up. The second half saw a more determined opposition and though Saints had plenty of attack, no more goals were scored. Player of the match was Bridget Bickley.
1st in Five Counties Division 5
Playing 2nd placed Bedford 6s next week.