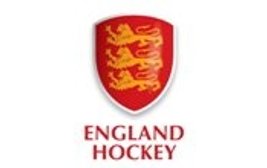 Important update for Umpires and Players

The International Hockey Federation (FIH) has announced changes to the Rules of Hockey, specifically rule 13.2 which relates to the taking of an attacking free hit within 5 metres of the attacking circle.

The changed rules are as follows:

• 13.2.c: when a free hit is awarded to the attack within the 23 metres area, all players other than the player taking the free hit must be at least 5 metres from the ball, except as specifically indicated below for attacking free hits awarded within 5 metres of the circle.

• 13.2.f: from a free hit awarded to the attack within the 23 metres area, the ball must not be played into the circle until it has travelled at least 5 metres or has been touched by a player of the defending team.

Further details and explanations can be found on the FIH website

These changes came into effect in the international game on 16th February 2016. England Hockey has considered the implications of these changes from a number of perspectives and, in line with the desire for consistency in rules across the game, has decided to implement them at all levels of the 11-a-side game in England from Friday 26th February.

For the remainder of the 2015-2016 season and to support this implementation at short notice, pre-match both umpires, both coaches and both captains must confirm with each other that this rule change will be applied and communicate this to the team members. This will avoid confusion should any player be unaware of the change.

"This rule change has been introduced to avoid unfair and potentially dangerous play for all attacking free hits within the 23m area. Umpires should note that:

1. The management of the set piece has not changed essentially. All players must still be at least 5m away from the free hit, except for the player taking it. Defenders who were within 5m of the place where the foul occurred may still stay within 5m, provided that they are within the circle and do not interfere with play before the ball has travelled 5m, or the stick of a player, other than the hit taker, has legitimately touched the ball.

2. However, please note that if there has been a stoppage in time between the awarding of the free hit and the re-start in play, then all players, including defenders in the circle, must be at least 5m away.

3. Also, the practice of a player taking a free hit by touching the ball for a team mate who was 5m away to run onto and then drive into the circle is now a foul. If this occurs, a free hit to the defence should be awarded."

Further details can be found at either http://www.fih.ch/inside-fih/our-official-documents/rules-of-hockey/ or http://www.englandhockey.co.uk/news.asp?itemid=34530&itemTitle=FIH+announces+changes+to+the+Rules+of+Hockey&section=22