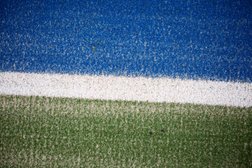 St. Neots sent Peterborough into the relegation zone after beating them 4-2 in a game littered with stoppages and cards.

Saturday's game away at Peterborough saw Saints play some of their very best, and very worst, hockey. St. Neots took the lead early on thanks to a solo effort from Adam Maltby. Maltby intercepted a loose pass from a Peterborough defender across goal, before roasting 3 defenders; and then toying with the goalkeeper like a cat with a ball of string, Maltby waltzed passed and slipped the ball in to the empty net for his first goal of the season. Saints' doubled their lead from a penalty corner 8 minutes later; David Humphrey striking well from the top of the 'D' which the defender could only partly stop before the ball rolling in. St. Neots continued to look menacing throughout the first half and possibly could have made it 3 or 4 goals to the good.

The second half saw two very different St. Neots sides. To begin with, they looked a wild rabble with poor discipline; twice in the space of 10 minutes St. Neots had 2 players in the sin bin for either poor tackles or dissent. During this phase of unfathomable play, Phil Johns compounded these problems to make them much worse for Saints by twice trying to dribble the ball out of trouble only to lose the ball which directly lead to both of Peterborough's goals.

Fortunately for St. Neots, they pulled themselves out of the mire they had got themselves in and started to play some of the best hockey they had played all season. Maltby stepped up and continued to make the Peterborough players look like cones on a training pitch the way he eased past them. His penetrating runs before slipping the ball to Chris Butterworth, allowed Butterworth to dart towards goal and slip to Daniel Sutton who netted the ball perfectly. Within moments of the restart, Saints scored a carbon copy and any hope of a 'Borough comeback was snubbed out.

Maltby went on to be awarded man of the match for his influential role in the victory.