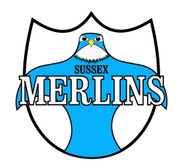 The future looks even better for the Merlin's in 2016 with the following coaches to undertake their level 2 certificates in coaching Rugby League .
Chris Owen, Kieron Robertson, Moley Chennell, Fred Jefferriss & Charles Mears are all taking their next step in coaching by becoming level 2 qualified coaches for the club. This will add to Steve Jones, Terry Doorey & James McCauley who are already level 2 qualified and will ensure that all players will get the best possible coaching from the youngest up to the oldest age groups.
They start their next coaching steps on January 10th and if successful ( which we are more than confident they will be ) then they will all be level 2 by 13th March.
We also have more courses for all our coaches to attend to ensure we can develop the players to their full potential.

PRE SEASON
We shall start pre season for the juniors ( U13 & U15's ) on Tuesday 2nd February, this will give the coaches 5 training sessions with the players before the 9's festival that kicks off the junior league season.
The U11's will start soon afterwards and the men & ladies will start in mid March.

We would like to wish you all a very Merry Xmas & Happy New Year and look forward to seeing you all back next season.