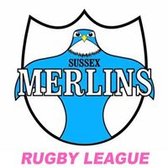 Sussex Merlins have announced their open age and club captain for the 2017 season.

We would like to welcome Tom Emson, Tom joined the club at the beginning of the 2016 season, which saw him fit straight in with his aggressive style of play and his love for a chat to the referee,

Head coach Kieran Robertson said “ Tom was the perfect candidate for captain having stepped in as captain late in 2016 season and with the momentum we had we knew we had to carry this on into 2017, Tom brings with him the ability to bring a team together and players engage with him which is something we haven’t had before is a solid captain”

when asked about the captaincy Tom Emson added “ I was excited when asked to be the captain, I’d love to be more involved with the club and carry on our success from last season, I’m really looking forward to getting the season underway now, and with a bunch of great lads also”

The Sussex Merlins see 2017 as the earliest they have started pre season off the back of a successful 2016 season which saw them finish second in the league and narrowly missing out of a final play-off position.

They have various pre-season games booked in with one being against their partnership club Brighton university on the 20th Jan @ Hove rfc with more games booked in march details to be confirmed.