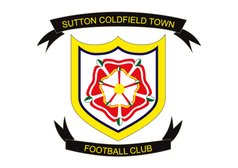 ​(A Short Club History - a more detailed version of our history is available on `​​our website - http://www.pitchero.com/clubs/suttoncoldfieldtownfc)

● The football club associated with Sutton Coldfield was formed in 1879 with the first game taking place on the 1st of February at "Meadow Plat" in Sutton Park when the club lost 6-2 to Birmingham. The club moved to its present ground in Coles Lane in 1920.
● From just after the Second World War until the early 1980’s, the club played it’s football in regional leagues in the area, including Walsall Senior, Birmingham Comb, Birmingham Senior, Worcester Combination, Midland Combination and West Midlands Leagues.
● In 1980-81 we reached the first round proper of the FA Cup for the 1st time in our history and were drawn at home to Doncaster Rovers of the then 4th division. In front of a record crowd of over 2200 at Coles Lane we played well but were defeated 2-0 with 2 late goals.
● In 1982-83 we joined the Southern League following the introduction of the revised football pyramid. We secured promotion to the Premier League after finishing runners up to Cheltenham Town.
● Relegated the following season and then remained in the Southern League at step 4 until 2010-11.
● In 1992-93 we reached the first round proper of the FA Cup for the 2nd time in our history and were drawn away to Bolton Wanderers of the then 2nd Division at Burnden Park. In front of a crowd of over 5000, a major shock was on the cards when a late goal for Sutton was ruled out for offside and the game finished with a 2-1 win for Bolton who were promoted that season and also reached the 5th round of the FA Cup winning at Anfield along the way.
● Another highlight came in 1998-99 the club won the Dr Martins League Cup, beating Cambridge City.
● In season 2007-08 Sutton lost in the play offs to eventual winners Stourbridge and in the following season 2008-09 missed out on the play offs on goal difference when Chesham United equalized two minutes from time against Bromsgrove Rovers.
● In season 2010-11 we were moved by the FA into the Evostik Northern Premier League Div 1 South and again missed out on the play offs finishing 6th for the third year in a row.
● In 2009-10 and for the first time in our 132 year history we won the Birmingham Senior Challenge Cup beating Nuneaton Town 1-0 in the final.
● 2011 saw the installation of the 3g artificial pitch at Coles Lane.
● In September 2012, Chris Keogh stepped down as manager after 12 years and joined the Board, his assistant Neil Tooth taking over as manager.
● In 2014-5, the Club took the big step of changing the status of the club from a Members Club to a Company Limited by Guarantee.
● In the same season, we earned a play off berth by finishing fourth in the regular season. In the semi finals we travelled to Newcastle Town, who had finished third, and came away with a 3-1 win. This put us in the final, away at Leek Town, who had finished second. This turned out to be a great game and Sutton scored a very good 2-0 victory to get promoted to the Northern League Premier Division. The last time we had played at level 3 was some 30 odd years ago in the Southern League.
● Season 2015/16 was a new experience for us, after promotion via the play-offs, to the Premier Division. Many people were saying we would immediately get relegated but the team proved them all wrong. After a steady start of 3 draws and 2 losses in the first 5 games, we hit a purple patch over the next 9 games, winning 7, drawing 2, putting us second place in the league. Following a number of injuries, we slipped down the league to finish a creditable 12th. In the FA Cup we were knocked out in the first qualifying round by Oadby Town but in the FA Trophy we were more successful, when we reached the first round proper only to lose to National League side Barrow AFC 1—0 to a late goal.
● After a poor start to season 2016-17, Sutton struggled to pick up points and were knocked out of the FA Cup and Trophy in the early rounds. A difficult decision was made and the club parted company with manager Neil Tooth and Richard Sneekes was appointed in his place. Sutton’s record at this point was P20 W3 D5 L12 Pnts 14. We remained in the bottom four, almost entirely throughout the season and went into the last game needing to better Corby’s result. With Corby losing at Coalville, one point from the trip to Workington was enough and we avoided the drop, finishing with a season record of P46 W12 D11 L23 Pnts 47.
​