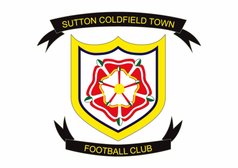 Sutton traveled to top of the league Altrincham on the back of several improved performances since Neil Tooth took over as manager, but it was always going to be a very tough ask against a team who only two seasons ago were playing in the National League and are currently sitting comfortably on top of the league.
An early move saw Sutton have the first chance almost from the kick off when Karl Hawley shot tamely at the keeper.
Sutton continued their early pressure and a defender almost gifted them the opening goal when he cleared just over the bar.
A good ball in the 13th minute to Tyler Little allowed him to cut in and beat the diving keeper and Sutton were ahead which was just reward for their early pressure.
Altrincham hit back and Max Harrop equalised with a great 30 yard shot, after the ball was given away in midfield, that gave Jon Brown in the Sutton goal no chance.
The second half began with both teams having a fair amount of attacking pressure but neither team could fashion out a real chance
With the game heading towards a 1-1 draw a foul by James Beresford in the 85th minute gave Altrincham a penalty which John Johnson converted.
Dominic Dell came on as a substitute but only lasted about 5 minutes before being red carded.
This was a very spirited performance against a very good team and was yet another much improved display giving hope that Sutton can yet avoid relegation. It was significant that Sutton's Tyler Little was awarded Man of the Match by the Altrincham sponsors.
Share via
FacebookTwitter
https://www.sctfc.com/news/mat
Recent news