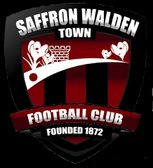 In what turned out to a very back and forth affair, Jason Maher Walden’s side have ended their 3 match winless streak with a shaky 4-3 win in a midweek league match up against third from bottom Southend Manor F.C. on a bitterly cold November night at Catons Lane

Goals from stand in captain Ryan Fleming, goal machine Charlie Coal, October player of the month Gavin Cockman and impact sub Nathan Scarborough made sure S.W.T.F.C. secured the vital 3 points. They now find themselves second in the table and 3 points off internet stars Hashtag United, but only 1 point above Walthamstow who have 2 games in hand.

Southend Manor, on the other hand, have had a pretty torrid start to their 19/20 campaign with only 4 wins in 15 games so far in the league. They were coming off the back a 4-0 loss against 6th placed Cockfosters, but that didn’t stop The Manors putting up a hard fight and goals from Oussamma Khayar, Ruben Kennedy and a cracker from Grant Francis put the visitors within striking distance of getting something from the game.

The first goal came in the 10th minute, after some pressure from the Walden attack gained them a second corner in a row. The ball was whipped in by full back Spike Bell high into the danger area of the box, where it just about found the head of a crowded Ryan Fleming. With Southend’s keeper Josh Blackburn running off his line to try and gather the ball, the ball goes past him and finds the back of the net. 1-0.

Only 5 minutes later, George Pullen nearly made it 2-0, when his effort from 25 yards out on the right side of the box meant Blackburn had to stretch to his right to block the shot.

But it didn’t matter as a beautifully worked counter attack in the 23rd minute doubled the home sides tally. Cole gets the ball just inside The Manor’s half and lays a wonderful through ball behind the defensive line on the right to a sprinting Cockman, who gets in and dives the ball down the wing like a gazelle in fear of its life. Cockman then fires off one of his trademark hard low crosses into the box to an on running Cole, who never stopped the chase from the first pass and easily taps the ball into the goal as Blackburn was out of position trying to cover the Cockman threat. 2-0.

And only 3 minutes later, Walden’s winger Gary Bowes expertly takes the ball past two Southend defenders from the left wing to the centre of the pitch and fires the ball towards the target. Some fans thought it was a goal, but the balls rattles the side netting and out for a goal kick.

Walden were in control at this point, and Southend didn’t have any answers to stop them in attack or defence. Cole nearly got another two goals when he was one-on-one with the keeper, but an outward running Blackburn closed down the distance to make the save and when a cross from Bowes nearly resulted in him scoring a header, but the ball goes just over the bar.

But then the visitors pulled one back just before the end of the first half to keep themselves in the game. Manor’s winger Khayar made a run down the right and got off a shot, which deflected off the out stretched leg of goal scorer Fleming which sent Walden’s keeper Nicolas Erye the wrong way. Meaning the ball bobbled harmlessly into the back of the net and making the score at half time 2-1.

Though the goal put a damper on The Blood’s first half, they were the side which posed more of a threat going forward and proved to be a nuisance to the Southend attackers. The Manors kept losing the ball in the midfield and just couldn’t find a way pass the Walden’s defence except for a 1st minute of added time goal.
The second half kicked off and clearly Southend’s goal put some va-va-voom in their tank, as only 5 minutes in they got the equaliser. In very much in the same vein of S.W.T.F.C.’s second goal, Kennedy gets the ball in the centre and offloads the ball down the right wing to captain Jordan Chambers. Chambers makes a run down the right wing and hits a low hard cross into the 6 yard box back to Kennedy who made a darting run after the pass. He couldn’t miss from that range, and he taps the ball into the goal. Making the score 2-2.

But it only took 5 minutes for the home side to respond and take the lead back when Spike Bell dashes down the right wing and right up to the by-line just outside the box. He just about gets the cross off, which finds the head of Cockman in 6 yard box and headers the ball down into the net. 3-2.

And only 4 minutes after that, The Manors responded to draw level again. A long throw from Josh Brocklebank was cleared out of the box, only for it to half volley up to Grant Francis who puts the full force of his boot behind the shot for an incredible curling effort that beats a fully extended Erye and smashes the back of the net. 3-3.

Walden pushed to try and get back the lead and had a few chances, but nothing was coming to fruition. Southend, at this point, was trying to keep the result and played very deep to try and stop the oncoming attacks. The Manors then nearly took the lead, when a free kick from 26 yards out on the left side of the box by Khayar was curling in on target, but Erye read the situation and dives to his right to catch the ball.

In what looked like an upcoming draw, Walden were sent into panic mode when Ross Adams was yet again sin binned for unruly conduct with 10 minutes left on the clock. But it didn’t matter as a set piece gave Walden the winner. Without Scott Pethers long throw magic, the duties fell to Cockman; whose spine breaking, no run up throw ins were proving a threat all match finally paid off when things were looking dire for the 10-men Bloods.

Cockman launches the ball from the left side of the pitch and into the box, it hits a defender and flies to the right side of the 6-yard line to an on waiting and recently subbed on Scarbrough. He heads the ball into the net causing a massive sigh of relief around Catons Lane as they take the important 3 points to stay competitive at the top of the table.

Though Walden were the most dominant side throughout, Southend Manor didn’t take the beating lying down and performed much better in the second half to give the Bloods a hard run for their money. The visitors may have felt frustrated by the fact they couldn’t take anything out the game and that their season hasn’t gone to plan, but S.W.T.F.C. deserved the honours and next find themselves on the road for a match up against middle of the table Woodford Town F.C. on Friday night.