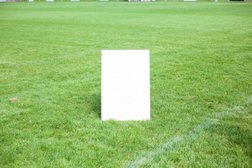 The last fixture of 2016 saw Kingsbridge come to Bitton Park to try to end Teignmouth’s undefeated first half of the season. This was always likely to be a gladiatorial clash with Kingsbridge and Teignmouth both fighting near the top of the league table.

Facing into the wind and rain which came howling down the river, it seemed Teignmouth were facing the wrath of the Gods as well as the barbarian hordes from the South Hams. The quality of the rugby may have been affected by the weather conditions but the ferocity of both teams surely left the crowd entertained. Teignmouth had the upper hand in both the scrums and line outs but couldn’t keep hold of the ball long enough to trouble the scoreboard. Finally, as half time approached, the Teigns managed to pressure the try line long enough for Walker to slide over and ease the home side's nerves.

With the weather now at Teignmouth’s backs they were ready to unleash an onslaught after half time and, straight from the kick off, Ingoldsby tore into the Kingsbridge defence allowing Tidman to glide over a double the lead. Further fine scores came from Webber, Twine and Postlethwaite. Although Kingsbridge managed a score of their own, they never really threatened to spoil Teignmouth’s party and the game ended 29-5 Man of the Match went to Dan Aldworth for his bulldozing runs and for anchoring the pack.

The win leaves Teignmouth firmly top of the league. It has taken an enormous effort from the squad to win all 9 games so far, scoring over 400 points in the process. With a number of players very unlucky to miss out on selection due to the quality in the squad, the omens seem good for a successful 2017.