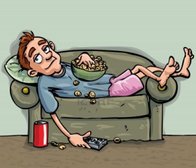 Another blank week for the ressies

Dunkirk have chance to go top.

Another blank week for the reserves of many by the looks of things.
Despite both Calverton and Bilborough Pelican resigning taking us down to divisions of 9 and 10 teams giving a 16 and 18 game season we haven`t heard if theres any plans to extend the league season which will be over by January depending on blank weeks.

Dunkirk host Matlock with any positive result taking them to the summit, but if Matlock prevail the Tevie Boys would remain top unless Matlock won by 7.