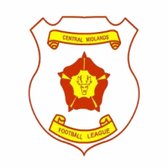 Brief review of the week's Division One matches.

This week’s midweek action was restricted to four matches in the Macron Store Stoke Division One.
On Tuesday night a hat trick by Holbrook Sports’ Isaac Anthony- Raymond steered them to a 3-2 win over Retford United for whom Zach Casburn scored twice.
The following evening saw a fight back by Holbrook St Michaels secure them a point in a 3-3 draw at Heanor Town. Ben Davies-Ciric put Heanor ahead on 17 minutes with Owen Patrick doubling the lead two minutes later. Christopher Whitehead pulled a goal back a minute before half time but there was still time for Bradley Sharp to restore the two goal lead in the time remaining. Shane Burrows’ goal midway through the second half got Holbrook back in the game with Mike Smith equalising five minutes before the final whistle.
Sherwood Colliery were 3-1 winners in their home game with Harworth Colliery. Josh Smyth, Dean Robinson and Liam Theakstone were the marksmen for the Wood with Michael Wibberley replying for the visitors.
A goal from Shane Buckerfield proved decisive as Swanwick won at Mickleover Sports on Thursday night.