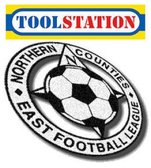 All of the Toolstation NCEL sides not mentioned in the above draws have been handed byes to the Third Round and dates will be scheduled in due course.

In other news from today's AGM, play-offs will be introduced in Division One from the 2015/16 season after they were voted in by more than a two-thirds majority.

That means that the number of relegated sides from the Premier Division will be increased to three, the top two get automatically promoted from Division One and the sides placed third to seventh in Division One will take part in the play-offs.

And, the constitution for the upcoming season was confirmed so it's a warm welcome back to Brigg Town and Rainworth Miners Welfare who have come down from Step 5 whilst the league is delighted to have Hull United and Westella VIP in the competition for the first time after their promotions from Step 7.

The NCEL website will be brought fully up-to-date in preparation for the new season over the next few days.