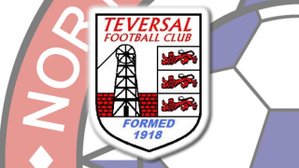 Some of Teversal FC's postponed fixtures have been re-arranged by the Leagues.

The Reserves have had four game to sort, but currently the Central Midlands League have only sorted dates for two of them - both away games against teams with no floodlights.

The trip to Holbrook St Michaels now takes place on Saturday 26th March (3.00pm KO), while the game away at Rowsley 86 now becomes the current season closer om Saturday 30th April (3.00pm KO).
Two games still to be sorted for the Reserves are the away game at Sherwood Colliery Res (postponed due to a clash with our Notts FA Senior Trophy fixture) and the home game against Mansfield Hosiery Mills.
The new dates will be on the website shortly, as these are sorted by the CMFL.