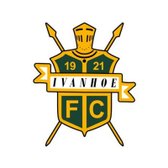 Honours even in season opener.

We welcomed newly promoted Wirksworth Ivanhoe to the Tomlin Personnel Park for our opening Central Midlands League game.
Teversal Reserves gave a debut in Senior League football to 16 year old Lewis Clift.
Teversal Reserves started slowly in the initial opening minutes but began to build well within the first 10 minutes with the ball, playing some nice football.
Unfortunately Teversal struggled in final third with few half chances in the first thirty minutes with Wirksworth Ivanhoe slowly growing into the game, until Kyle Coleman spotted a free pass laying off to Lee Naughton on the edge of the box. Naughton hit a great strike to put Teversal 1-0 up in the 39th minute and to take the team in at the break with a 1-0 lead.
Teversal came out strong in the second half, but couldn’t take advantage off some really good chances. Wirksworth were under pressure, but due to the lack of Teversal securing a second goal, they began to create pressure of their own, and eventually equalised in the 70th minute through Tom Mellor. A well taken individual goal as Teversal switched off and failed to deal with the move.
Teversal pushed and pushed to regain the lead, which opened the game up and created room for Wirksworth to play a bit more towards end.
Too many missed chances cost the home side the three points, so had to settle for the draw.
Full time : Teversal FC Res 1 - 1 Wirksworth Ivanhoe.
Share via
FacebookTwitter
https://www.pitchero.com/clubs
Recent news