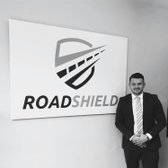 The club are delighted to announce that new committee member, Matt Humm, has agreed to take on the role of Commercial Manager for Thackley AFC.

Matt is well known to Thackley AFC, being the Managing Director of Roadshield who are one of the Club's sponsors. Matt also formed and co-ran Wharfedale Sunday Alliance team FC United of Baildon, who for the last two seasons have played their home matches at our Dennyfield ground.

Matt agreed to accept a position on the Thackley AFC committee last month, and has settled into the role well. Matt's commercialism has already shone through, which has led to the Club and Matt agreeing that his skill set and business experience has him ideally placed to take on the role of Commercial Manager moving forward. This role has been formally vacant since the 2017/2018 season, and the duties have been shared amongst the committee since this period.

"One of the aims of the club has been to locate the right individual who can take on the role of commercial manager to really push the club forward. Now more than ever given the on-going Covid-19 pandemic this role will be even more vital. Matt is a great addition to Thackley AFC, and the ideas which he has already are very exciting for the club. We look forward to supporting Matt in this role to help make both him and the Club a success."

"It is great to be involved at Thackley AFC, when I was asked to join the club it was a no brainer to me. Thackley have helped me out massively over the past few seasons with FC United of Baildon and I felt it was a great opportunity to get stuck in and help give back to the Club what I can. The committee at Thackley are a fantastic set of people, I can only see positive things moving forwards for the club and its a privilege to be a part of that."