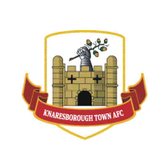 Thackley hope to get some game time in by reversing fixture with Knaresborough.

Thackley are hoping for some on field action on Tuesday night when they travel to play Knaresborough Town. This fixture was scheduled to be played at Dennyfield but the recent wet weather has left the surface completely saturated and there seemed little chance of it drying out for Tuesday’s game to take place, with the cooperation of the League, Knaresborough and the match officials it was agreed to reverse the fixture and to play it at Manse Lane. Our sincere thanks go to all involved.

Relative newcomers to the NCEL, promoted in 2012, Knaresborough spent six years in the First Division before moving up at the beginning of last season. Finishing in a creditable ninth place in their first season at the higher level. They have found the going a little more difficult this season and are currently in fifteenth spot with twenty six points from twenty three games. However, they have picked up a couple of good wins recently, Goole and Grimsby Borough, and have lost just once in their last four games.

Last season, each won their away fixture, Knaresborough with a late Dan Thirkell goal at Dennyfield, whilst at Manse Lane, Thackley put in one of their best performances of the season and came away with an excellent 5-0 victory. The two teams met earlier this season at Dennyfield in the West Riding County Cup First Round, Thackley progressing in the competition courtesy of goals from Ray Sibanda and Paul Whiteley.

The Knaresborough squad lists a number of ex Thackley players and it will be interesting to see how many line up against their former club. In their last game Sam Cook, Tom Dugdale and Luke Robinson were involved, it will be good to meet up with them after the game on Tuesday.

Thackley started what turned out to be a bit of a topsy turvy February with three very good performances but struggled in their latest in very windy conditions at Bottesford on the 15th February. Which means they have been starved of playing for well over two weeks. I am pretty sure they will be ‘chomping at the bit’ to get in some game time, let us hope they can produce some of that pre Bottesford form.