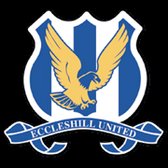 On Saturday Thackley take on local rivals Eccleshill United for the third time this season. (It might have been four had the ‘Eagles’ not played an ineligible player in the County Cup game against Garforth. Thackley will now play Ossett United in the quarter final on Tuesday 4th February, they knocked out the reinstated club on Tuesday night). Eccleshill currently hold the upper hand with two victories from the previous encounters. Both games were at Kingsway, in the League Cup they triumphed 3-1 and in the league game 2-1. With Saturday’s game being at Dennyfield , Thackley will be looking to build on their five game unbeaten run at home and take maximum points from the match.

Eccleshill returned to the Premier Division last season after spending nine seasons at the lower level. The points were shared in the season’s opener at Kingsway. But who could forget last year’s encounter at Dennyfield? Eccleshill leading 2-0 with fifteen minutes remaining, Thackley scored four, two in time added on, to take all three points. Two goals apiece from Jack Normanton and Luke Robinson sealed a memorable night for the Dennyboys.

In the table just two points separate the sides (Eccleshill 26 points from 20 games), which means a win for the Eagles would see them leap frog Thackley in the table. Eccleshill are in pretty good form at the moment, unbeaten in three and with just one defeat in the last six games, they too will be hoping to continue the run. Last week they beat bottom of the table Athersley 2-1 at home.

Thackley started the year with two excellent victories, six points, six goals and none conceded, they looked to be closing the gap on the leading clubs. However, they were brought back to earth last Saturday, going down 4-2 to Grimsby Borough. The result was disappointing, it matched the performance, especially after the two previous displays.

And so ‘El Baisco’ Three – A match not to be missed.

Thackley will be operating a ‘Pay want you want’ admission policy on Saturday and are hoping this boosts the attendance and creates a great atmosphere for the game.

Thackley Junior’s Under 10 Girls are to be mascots at the game.