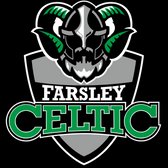 On Tuesday night Thackley entertain Farsley Celtic in the Semi Final of the West Riding County Cup. Farsley are three steps higher than Thackley, playing in the Vanarama Northern League North, where they currently are ninth in the table with forty five points from thirty one games. Like Thackley, Farsley were founder members of the NCEL in 1982, starting in Division One (North), they moved to the Premier Division before winning promotion to the Northern Premier League in 1987. They did return for a season in 2010 as Farsley AFC after being expelled from the Conference in March of the same year. The two clubs did play each other in the league that season, both winning two nil away from home.

Farsley have played two games to get to this stage of the competition, having been given a bye in the first round. They had victories against Armthorpe Welfare in the Second Round and FC Halifax Town in the Quarter Final. Last Saturday they beat Blyth Spartans in a league game at the newly named Citadel (Throstle Nest to us oldies).

Thackley missed out on a game last weekend, their home game against bottom club Athersley Recreation falling foul of the weather. Their last game was a rather disappointing three two loss against Bottesford Town in a game that was badly affected by the wind. Thackley have had to overcome three opponents to get to the Semi-Final, Knaresborough Town (2-0), Campion (6-1) and Ossett United (2-1) earlier this month.

The winner of the game will face either Harrogate Town or Guiseley in the Final which is scheduled to be played on the 7th April.