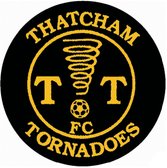 Just to record some of those magic moments achieved by our Tornadoes players.

Not from the kick-off at the start of the match ... but 8 seconds from the whistle starting the 2nd half.

23rd March 2014 - U7s vs Chineham Tigers
Thomas passed to Kieron from kick-off and then moved forward to space. Kieron then passed to Thomas who went round 2 Chineham players and scored past the keeper.