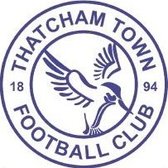 History, Honours and Past Players 1 of 4

1. History of the Club

Thatcham Town Football Club was founded in 1894. The club were originally known as Thatcham, with Town being added to its name in 1974. In the early years Thatcham played at The Marsh on Dunston Green, Brownsfield (home of the Cricket Club) and Station Road, before moving to Lancaster Close in 1949. Floodlights were erected in January 1983 with Fulham FC visiting for a friendly to commemorate their switching on. To provide improved facilities the club moved to Waterside Park in 1992/93, with the ground becoming known as The Stacatruc Stadium from August 2019.

The club joined the Reading Temperance League in 1896, winning the Division Two title in 1905/06. In 1953 Thatcham became founder members of the Hellenic League and won promotion to the Premier Division as Division One champions in 1958/59, 1964/65 and 1972/73. The club then won the Hellenic Premier Division title in 1974/75. Following spells in the Athenian and London Spartan Leagues, the club joined the newly formed Wessex League in 1986 and won the title in 1995/96. After finishing second in 2005/06, ground requirements were met and promotion to step four achieved.

The Kingfishers spent eight seasons in the Southern League Division One – seven in the South & West Division and one (2012/13) in the Central. After sixth-placed finishes in 2006/07 and 2008/09, the club achieved its highest ever position in 2010/11. Despite being in the bottom half of the table at Christmas, the club earned 38 points from the final 15 matches to finish in fifth, however Thatcham were beaten at Sholing in the play-off semi-final.

Once safety was assured in 2013/14, the club resigned from the Southern League to cut costs by playing at a lower level. Town finished twelfth in their first campaign back in the Hellenic Premier, then second and fourth in the following seasons. However in 2017/18 the club embarked on an incredible 40 game unbeaten run which saw them overtake long-time leaders Highworth Town and eventually pip Bracknell Town to the title in a thrilling end to the season, on goal difference.

After a season adjusting to step four football, Thatcham sat on top of the Southern League D1 South table with eleven games to play in 2019/20. But with the club looking certain to achieve its highest ever finish, and promotion to step three a strong possibility, the Coronavirus pandemic struck, causing the season to be terminated. Following the subsequent departure of the club’s management and many senior players, the 2020/21 season was set to be one of rebuilding with greater use of young, local players planned. With the season terminated after only 8 games, 2021/22 will again feel like a new start for the Kingfishers, especially with the club being transferred into the Isthmian League South Central Division.

Thatcham Town FC have enjoyed some memorable success in Cup competitions over the years. In 1989 the club reached the last eight of the FA Vase before losing to local rivals Hungerford Town. In the same competition a record attendance of 1,400 was set when Aldershot Town won 1-0 at Waterside Park in 1993/94. However in 2017/18 Thatcham went all the way and lifted the trophy at Wembley Stadium on a brilliant day for the club. Victory over Bromsgrove Sporting brought realisation the club could be on the verge of something special, then over 2,200 attended the quarter-final win at Melksham Town as cup fever swept the town. Thatcham beat 1874 Northwich 1-0 and 3-2 in the two-legged semi-final, and took over 5,000 fans to Wembley as Stockton Town were defeated 1-0 in the final.

While the club are yet to progress beyond the Second Round Qualifying of the FA Trophy, 1996/97 saw Thatcham’s best FA Cup run as they reached the Fourth Round Qualifying stage. In September 2019 the First Round Qualifying tie at home to Salisbury was streamed live by the BBC which gave the club further national exposure, but unfortunately the visitors ran out narrow 3-2 winners.

Thatcham completed the Hellenic League and Cup double, by lifting the Hellenic First Division Cup in 1972/73 and the Premier Division Cup in 1974/75. During 2017/18 the club reached both League Cup finals, losing to Bracknell in the Challenge Cup and Binfield in the Floodlit Cup. Meanwhile during the 1990s Thatcham won the Wessex League Cup on four occasions, completing the double in 1995/96. In 1974/75 the club were beaten in the final of the Berks & Bucks Senior Cup but were awarded the trophy following a dispute between the victors, Wycombe Wanderers, and the Berks & Bucks FA.