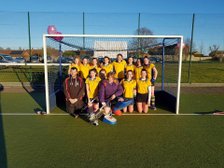 A new first for Thirsk, a team above the Yorkshire League.

This is the highest League a Thirsk Ladies team has ever ascended to.
Jade Beckwith
Saturday 18th March saw Thirsk Ladies 1s traveling to play Selby, the league title being just one victory away. Selby started with confidence and were able to best Thirsk within the first five minutes to score the first goal of the game. Unperturbed Thirsk kept their composure and retaliated in kind when Millie Simenacz scored from a short corner a mere two minutes later. After some back and forth play between both sides Selby were first to capitalise once again by scoring the 3rd goal of the game. Stepping up their game Thirsk dynamo Bea Bell intercepted a Selby hit out just out side the D, besting two defenders and the keeper to score a cracker and Thirsk's 2nd of the game. The tides seemed to turn in Thirsk's favour when they were awarded a penalty flick when a Selby defender kicked a goal off the line. Striker Olivia Smerdon
stepped up to the p spot and deftly converted the flick with ease. As the half time whistle sounded the score stood 4-3 in Thirsk's favour. Thirsk knew they had to pick up the pace in the second half, a lot was riding on this match and they needed to walk away with a win. Throughout the second half midfielders Georgie Turner, Ella Durkin and Amelia Borchard did a stellar job keeping Selby's attackers at bay. A flurry of goals ensued over the next 30 minutes. High forward Megan Allen earned herself two goals which were rightly deserved after tireless efforts upfront all game. Skipper Spanner Rogers was summoned to the p spot for her turn at a penalty flick which she converted in style, earning herself the only hat trick of the game. When the final whistle sounded the score line rested at a not too shabby 9-3 result in Thirsk's favour. Chaos then ensued as Thirsk celebrated not only a win, but a victory that has guaranteed them promotion into the next level. This is North Division 2 South East. This is the highest League a Thirsk Ladies team has ever ascended to, or any other Thirsk team in the Club for that matter. Goal scorers of the day were as follows Hannah Rogers 3, Megan Allen 2, Millie Simenacz 1, Kathryn Barrett 1, Olivia Smerdon 1 and Bea Bell 1. Player was jointly awarded to Georgie Turner, Olivia Smerdon and Bea Bell for their tireless efforts and determination throughout the game. With one final league game of the season to go, Thirsk can perform next week with their heads held high. Thirsk 1s are also through to the final of the Yorkshire Cup which is to be played on Saturday 22nd April, a win here would mean a double victory for the Ladies side which they are also eager to secure.
Special mention and thanks are also due to Head Coach Chris Booth who has continuously supported and challenged the team throughout the season to ensure that they produce and perform to their highest standard that is possible. His expertise and guidance are greatly appreciated. Thanks also to the teams contingent of loyal parental supporters who turn up week in week out without fail! 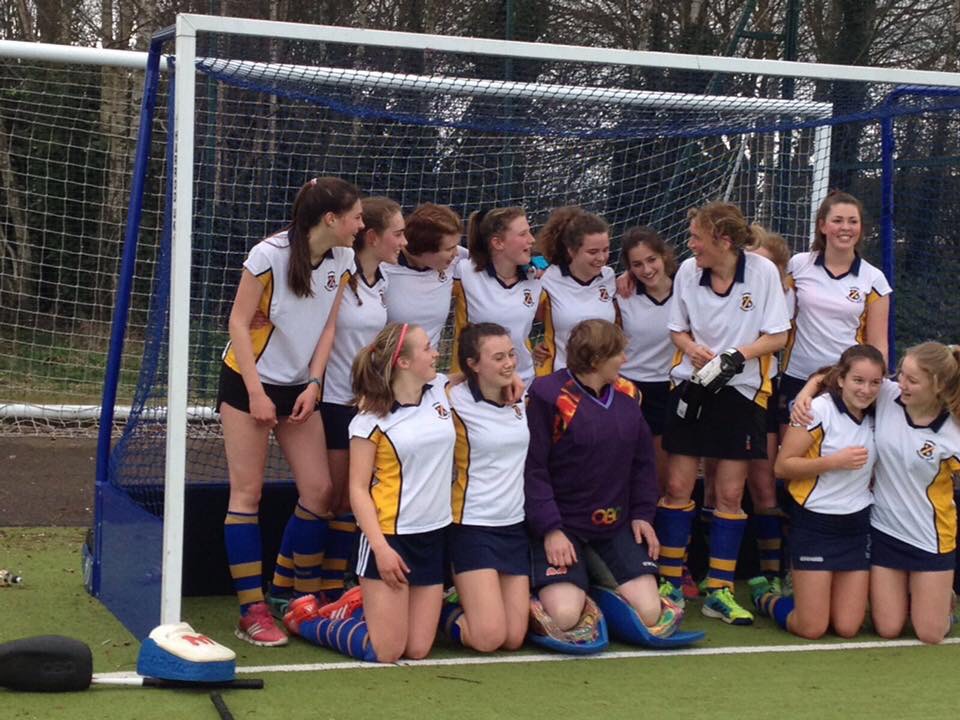 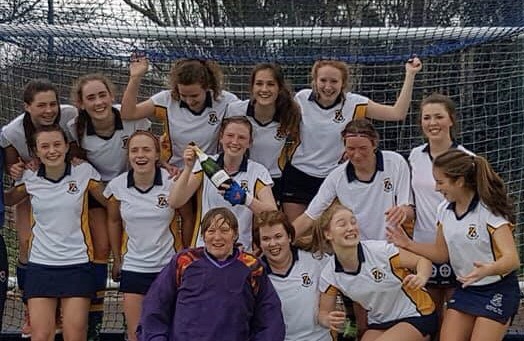