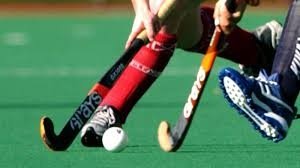 15th November and the U12 boys are runners up in their cup group.

The North Yorkshire Cup is an annual event, with the 2 top teams from the round robin format progressing to the Yorkshire Cup, which will be held in March. Thirsk had a full squad of 10 players available for the first time, with 4 players having their first tournament of the season for Thirsk U12.
Given that so many of the team were playing together for the first time, Thirsk’s first match was unfortunately against the side likely to provide the strongest challenge. However, the opening exchanges were fairly even as Dan Garlick stretched a leg out quickly to make an outstanding save and keep the match level. Harrogate eventually used their increasingly greater share of possession to score 2 goals later on.
Having settled into the new structure (3 defenders, 2 forwards and Joseph in the middle), Thirsk played really well against York, Joe Tart striking a clean shot from the edge of the D to score the only goal. The game featured some good passing from front to back between George, Joseph, Alex and Jack Foxley, and some good individual skills on the ball to retain possession when a pass was difficult to find. Well deserved win.
The third match was close, with opportunities at both ends amidst a suspicion that Harrogate had fielded one of their A team. George made some great runs at pace up the right hand side from defence but Thirsk were unable to create any clear scoring chances. The match could have gone to either side, but some timely interceptions by Owen and Teddy in defence kept Harrogate’s chances down, and Dan saved anything on target.
Immediately after match 3, and knowing that only a win would be good enough to finish runners-up, Thirsk had to be ready for the final game. Despite some tiring legs, the team dominated play against a slightly weaker than expected Northallerton side. An early passing move up the left between Joe, Joseph and Alex resulted in a chance for Jack Foxley, who demonstrated the biggest airshot possible. Fortunately he made amends shortly afterwards, and Thirsk secured the necessary win when Joseph, who played a fourth excellent game in central midfield, scored late on.
All the players contributed well despite the unfamiliar rolling substitutions, which at times were slightly disruptive to the overall flow of the game. Despite significant contributions in particular from Alex, Dan and Owen, the 2 players of this tournament were Joseph and George.
Players: Dan Garlick (GK); Owen Reed, George Hunt, Joe Tart, Ollie Merrin (defence); Joseph O’Gorman (midfield); Jack Foxley, Alex Glegg, Teddy Hunt, Jack Nichols (forward)
Results:
· Thirsk 0 – 2 Harrogate A
· Thirsk 1 – 0 York
· Thirsk 0 – 0 Harrogate B
· Thirsk 2 – 0 Northallerton
Share via
FacebookTwitter
https://www.thirskhockeyclub.c
Recent news