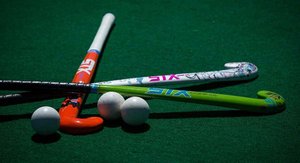 U12 boys maintain their place in division 2.

Okay, so it wasn’t the most inspiring of performances from Thirsk but a couple of individuals stood out and were rightly awarded players’ and manager’s player of the day for their efforts. Having been relegated last time out, the aim was to avoid freefall and that they did with a great defensive performance. The team only conceded 2 goals in 5 games, testament in particular to solid defending from George, Joseph, Owen and Deacon and superb goalkeeping by Dan. Typically slow out of the blocks, the first game (v Leeds) ended in a nil-nil draw. The second game was against Doncaster who had just put six past their previous opponents; Thirsk held them to nil-nil with a solid and resolute performance. In the third game, York broke away and despite valiant efforts by Dan, they came away with a 1-0 win. Jack Nicholls was retired at this stage with an injury and we hope to see him fighting fit again soon. Thirsk played better as the (very cold) afternoon wore on and should have won their fourth fixture. Some great work and perseverance by Jack Foxley, Joe and Rafi up front saw Rafi finally break the deadlock with Thirsk’s only goal of the day. Sadly, Chapeltown spoiled the party and equalized. In the final game, despite lots of pressure and the efforts of Joseph, Joe and Teddy driving forward, Northallerton clung on for a nil-nil draw. The team is to be commended on their defensive record but maybe we need to work on our shooting for next time! Well done to all the boys for their efforts and to the parents for braving the cold. Thank you to Jane Tart for volunteering to umpire and helping me with the team. A special well done goes to Dan (Players’ Player) and George (Manager’s Player) for their awards.