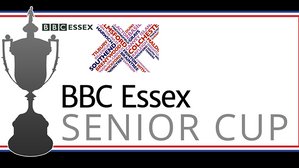 Dockers Lose Out Late in the Essex Senior Cup

Tilbury exited the Essex Senior Cup, with a late own goal at National League South side Braintree Town.

Marc Harrison made 2 changes to his line up, with Sam Carter and Ola Ogunwamide returning to the side in place of George Sykes and Charlie Kendall.

Against the run of play, the home side took the lead when Alfie Cerulli found some space and hit low in to the net.

Harry Aldridge was then called in to action, saving at his near post.

Captain John Easterford saw a header go just wide, before a delay in the game when Sam Carter fell heavily on his head and was stretchered off and replaced by Charlie Kendall. Tilbury pushed hard and Darren Phillips had a great chance in front of goal, before Agyakwa was brought down just outside the box. It was Agyakwa who stepped up and fired into the roof of the net, giving the keeper no chance.

Tilbury started the second period well, with Brian Moses seeing his effort cleared off the line. Tom Richardson then had a chance for Braintree when he fired over.

The home side fitness started to show as Braintree played on the back of the Tilbury back four.

With 8 minutes left on the clock, a cross from the left came off the foot of Tilbury defender, Joe Burgess, giving Aldridge no chance.

With 5 minutes remaining and Braintree holding the ball up, Lewis Brougham came on for his first team debut.