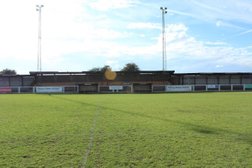 Tilbury returned to winning ways with a convincing 3-0 victory over mid table Soham. On a cold and windy afternoon, it was a quiet start with the only action in the first 30 minutes falling to Luke Stanley who struck the inside of the bar. On 41 Tilbury made a breakthrough when Tom Wood crossed for Tony Martin to volley home. Just after the break, both sides had chances with Richmond blazing over before Giddens was called into action. On 63 Soham looked like they had equalised when a corner was brilliantly headed off the line by Captain Jack Carlile. Tilbury started to dominate and Ryan Flack saw his low effort well saved by Greygoose. Tilbury increased their lead on 71 when Tony Martin swivelled in the box to fire home after a low Babalola effort fell to his feet.

Tilbury's substitute Rimmel Daniel had a great chance on 86 when he saw his one on one again well saved.
There was still Tilbury to finish the game off when in the final minute a goalmouth scramble saw Daniel touch the ball to Ruben Duarte who tapped home to confirm a resounding victory.

The result takes Tilbury above Soham to 11th on goal difference.

After the game manager Gary Henty commented "I was delighted with the performance, the reaction from last week’s performance was good. We were missing some experienced players and had some youngsters who did themselves proud. We are in good heart for Tuesday's derby at home to Thurrock"