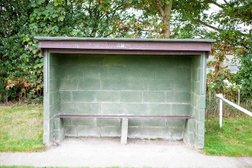 Brentwood took the spoils in a close fought game, that see's the home side continued progress to the play off's with a single goal from former Docker Sherwin Stanley midway through the second half.
The Dockers welcomed back captain Matt Game, but were without the services of some regulars due to injury and defended well for long periods before the all decisive goal came.
Tilbury did start well with Bradley Webb heading towards goal before Richardson had an effort straight at Giddens minutes later. On 21 Jake Pooley who defended well all afternoon cleared off the line from Dafter's effort and seconds later the effective Akrofi struck the bar from a good effort. Brentwood had a lot of pressure but could not break down a resolute Dockers defence. Just before the break Neil Richmond had a great effort but his shot went over.
Brentwood started the second half the same as they finished the first with some dangerous runs. On the hour Webb had another effort that went just over, before Akrofi again hit the woodwork when he swung right footed that struck the post. Tilbury did come into the game but went behind on 72 when Bantick crossed for substitute Stanley to hit home. The Dockers did try to get back in the game and Rimmel Daniel had a late header just past the post.

The result see's Tilbury drop 2 places to 13th. Tilbury welcome Cheshunt to Chadfields next Saturday. 3pm kick off.
After the game Manager Gary Henty commented "It was a battling performance with a stretched squad, but just come up short against a side pushing for the play-offs"