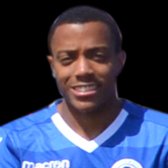 Away Day Success for Dockers

Tilbury returned to winning ways, with a hard fought win at improved side Witham Town. Tom Anderson replaced striker George Sykes as Tilbury looked to bounce back after two defeats in recent weeks.

On a cold afternoon in North Essex, Tilbury started brightly with Darren Phillips heading over from an early corner. On 12 Tilbury should have taken the lead when Kris Newby's free kick found Tommy Barton at the back post who hit wide with the goal at his mercy.
Tilbury drew first blood on 18 when Ryan Bowell intercepted a move from Witham, played Mitchell Gilbey in down the right hand side, who crossed for Tom Anderson who was in space to fire home.

The game had a quiet period with both sides cancelling each other out. On 37 former Docker Toby Aromolaran saw his strong effort bounce off Rhys Madden and away to safety.

Tilbury started the second half well with Luca Collins saving from Tommy Barton as Tilbury had a succession of corners. The Dockers were dealt a blow on 58 when centre half Darren Phillips was dismissed by the referee for a tackle on Toby Aromolaran. This did not stop Tilbury who continued to attack and took a 2-0 lead on 65. Tilbury were awarded a free kick just inside the Witham half and with Luca Collins off his line, captain Kris Newby struck from 45 yards sailing into the net for a quite astounding goal.
Despite the man advantage, Witham did not trouble the Tilbury back line, with Tom Anderson again a makeshift defender.

Deep in to injury time, Lewis Smith went into the box, before being tripped and the referee pointed to the spot. Smith got up only for Collins to easily save the spot kick.

The result sees Tilbury move up 2 places to 9th.

Tilbury are back in action on Tuesday when Barking make the short trip to Chadfields. 7.45pm kick off.