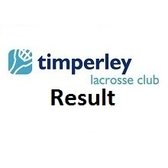 What could have been the final match of the season, now turns out to be the penultimate one, as Timperley put in a tremendous performance to overpower Cheadle 10-2 in the Junior & Schools Cup semi final.

The whole team played well today, from the back to the front, and we contained what we perceived to be the two Cheadle threats pretty well for the whole morning. The score kept ticking upwards, as we created good chances all game; the final quarter was a case of keeping hold of the ball and snuffing out any prospect of a Cheadle fightback.

The defence of Sam, Seb and Dan, with Matthew behind them only conceded two goals, one a scrappy one, and the other on a man down. They bossed the Cheadle attack all morning, forcing speculative long shots which Matthew easily dealt with. Their clearing was also faultless.

The midfield of Cameron, TJ, Sam, Adam, Matt and Ben are the engine of this team; they watched each others' backs, won plenty of possession and laid the foundations for the attack to flourish. Equally importantly they kept it tight defensively and didn’t allow any easy ball for our opponents.

The attack did their job really well today, sharing all the goals. Oli calmed nerves with 3 of the first 4, Jake couldn’t miss as he went on a 6 goals spree, whilst Tom assisted a few before getting one in the third quarter.

Brooklands won the other semi final by a single goal, so it’s Brooklands v Timperley in the final on Sunday April 27th. Should be a good game.