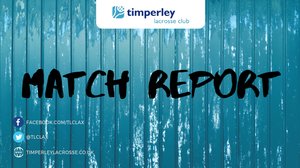 This was a double header against Liverpool. We played a game on the Astro. We had 12 players and Liverpool had 12 too. We were lucky with the weather and it stayed dry most of the time.

We were in control of this game from the start to the end. When we rushed the play we lost our composure, but when we took our time we made the right decisions most of the time. In goal Nina (Q1) and Ellen (rest of the quarters) made some good saves and were in control. In defence, except for a few times, generally we marked our player well and did not give them many chances. In midfield and attack we played some lovely combinations and dominated them for most of the game. We played with self belief and that showed. There are still some areas we need to work on but after last week's game this was a good response.

Our next game is against Heaton Mersey date and time to be confirmed. This will be our last game of the season.