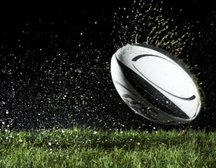 Cold Wet but Still a Win

Olney always turn out decent squads to play against Towcester, possibly a testament to how good they think we will be.

The weather was very cold ground very wet, but both sides came out to have a good game of rugby.
Tows started the brighter with ball in hand as from the kick off they secured their own ball and drove straight for the visitors try line,. Simple running rugby and support players following either side it was Phillip Culwick to end up ball in hand to drop over the line.
minutes later a quick break from Cameron Young showed the pace the winger playing today at 9 has.
The next 10 minutes Olney started to get back into the game big centres running hard and straight and the defence starting to make inroads in to the defence.
A mistake by the backs allow a hack through and the man with the quickest reaction Cam Young beat all of the other chaser to the ball and manage to out sprint the trailing defence.
A change to Towcesters 8 Jordan Brew halted to momentum that Tows had and Olney started to gain significant ground.
At the 35 minute mark thay finally put together a well worked try for the backs.
2 minutes later they managed to keep hold of the ball and again just did the simple things well and scored their second.
Wholesale changes at half time to get everyone at least 40 minutes of game time saw Tows replace the complete front row and a few back row palyers.
The second half was more about attrition instead of rugby as the conditions just got worst and the running rugby started to diminish.
Tows were first on the score sheet as the centres made large inroads into the defence. The ball popped back out to the wing and that man Cam Young just out gasses the trailing defence.
Olney did eventually hit back later into the half as their big centre made ground and the conditions told when tackles started to slip off and another try scored.
Tows had the final scoring opportunity as the backs started to put the ball through the hands and youngster Dylan Murphy collected the ball for his first score on debut.
Fantastic effort by the mix off players to cope with the cold and the conditions.
Next week we will be getting the Lewis shield squad together for a run out before the match on Wednesday the 21st against Buckingham.
Share via
FacebookTwitter
https://www.pitchero.com/clubs
Recent news