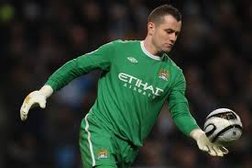 The club has some big plans over the next few seasons and the addition of Shay is a big boost to the clubs profile. Shay brings with him a vast knowledge of the game and matches the clubs drive to achieve our goals. He takes the position of the clubs patron and will play a pivotal part in the club moving forward to where it wants to be.
His professional career seen him capped 134 times for the Republic of Ireland and comes only second to Robbie Keane for their most capped players. Some of the clubs he has played for include Manchester City and Newcastle where he was named in the Premier League Team of the Season for 2001–02 and 2005–06. He is currently the Goalkeeper coach at Derby county.
We are excited to progress our plans now with a strong committee in place, there's a lot of hard work ahead but feel we are in a great position to succeed.
Share via
FacebookTwitter
https://www.pitchero.com/clubs
Recent news