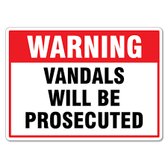 The club are saddened to report a few incidents lately of vandalism at the pitch.

At a time when people have got enough to worry about with what’s going on we are saddened to see that some are not in isolation. We have today not for the first Time had reports of the advertising boards around the pitch been broken to bits and ripped off.
This isn’t the first time we’ve had vandals wrecking the facility but it’s unbelievable that it’s happening at a time when nobody should be out! Because of the current isolation laws we expect frustratingly that the damage has probably been done by some of the very few children that live in the village.
Each board cost a great deal to make with the club making very little from them, the sponsor has paid to have the board up so it is down to the club to get another one made which obviously puts us at a huge loss.
For some reason it seems that traffic cones also fined they’re way onto the middle of the pitch.
If it is children as expected then parents please make sure they adhere to the current guidelines regarding isolation!

Please can everyone that is out and about for genuine reasons keep an eye on the facility when passing and if anyone is seen on there report it to use.