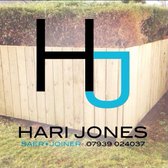 3 wins from 3 games scoring 14 conceding 1 is a dream start but yesterday showed that we can not just play but grind out a result.
Almost 50 mph winds at ko from goal to goal it was going to be a game of 2 halves, Menai however was fast out the blocks and went close early on before the Bulls settled and penned the away side in.
A few pops from long range went close before Justin Williams (sponsored by Mon fire management) was sent clear and lofted the ball over the Menai keeper Dion Lewis from 30 yards, a fantastic finish in off the post.
Matt Roberts ( sponsored by Mark Eds) missed a glorious chance to make it two before half time hitting the crossbar and Mike Davies whistling effort narrowly missing the goal.
HT with a 1 goal lead was going to be a tough task but credit due the lads they was superb with keeper konner Druce ( sponsored by Wynne Evans) rarely troubled bar one effort that he rushed out quickly.
Credit to all the 14 heads that played after a few injuries after Thursday's game the squad was truly tested with both centre mids starting with knocks and lasting the whole 90
A much needed few days rest now before another tough test away to Llangoed on Thursday