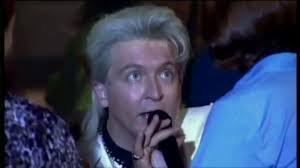 With the new season and the RWC well under way, Clubs have received a message from HQ.

What a tremendous time this is for our sport and, with the new season underway, what a busy time for the game in general.

I’ve been lucky enough to be out in Japan for some of the Rugby World Cup where the atmosphere is terrific and the mood in Eddie’s England camp is really positive. They are, I can assure you, very conscious and appreciative of the support back home. It provides great motivation in what is a very competitive tournament.

Although you can never take anything for granted in sport, and to win the Rugby World Cup means winning the remaining five games in five weeks, Eddie and his coaching team are fully focused on making sure that this squad are in the best possible position to deliver on its potential. I really do believe that Eddie is the best coach to lead us in Japan, who in 20 World Cup games has lost only two.

This is also a unique time and opportunity for all of us. Following the professionalisation of the game 24 years ago, there is an emerging sense that we are entering a critical phase in the development of the game and a new era for rugby. There are a number of big topics to resolve which will shape the game both at home in England and globally for the years to come.

We need to safeguard, protect and develop our game, collaborate with key stakeholders and ensure its future health and growth by uniting rugby union for the benefit of all.

A great deal of work is going on and I would like to thank all involved in supporting the England team, the game and its future.

By the New Year we will have completed months of thinking on Project Union, which is all about how we prioritise our resources and focus our energy. It defines our purpose, why the RFU exists; our vision of inspiring and leading rugby union in England; our core mission of how we will deliver on our vision; underpinned by key objectives and measuring our success in meeting them.

In this work we have consulted widely with the game and it will be to the game that we launch the finalised Project Union in 2020.

It’s great to hear about all the games being played as the season unfolds, as well as the Rise and Shine events around the country. The amazing work of volunteers nationwide was very apparent when I was at the Mitsubishi Motors Volunteer of the Year Awards last month. Our volunteers are undoubtedly among our most valuable assets, no matter what their role, on or off the pitch, behind the scenes or on the committee.

This is a really exciting time to be involved in rugby and specifically England Rugby and I know, like all the Japan fans going crazy after beating Ireland, everyone involved in rugby in England is right behind Eddie and his team.