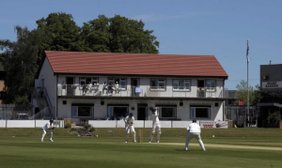 Stay at home, save lives

As I am sure you are all aware, the continuing CO-VID 19 health emergency has meant a number of changes to Uddingston Cricket Club's activities.

Cricket Scotland (CS), who oversee cricket in the whole of Scotland, suspended all cricket activity on the 16th March, and as a result the clubhouse and grounds were closed by the club to all sports, not just cricket.

On the 24th March, Cricket Scotland further recommended that all cricket activities be suspended until June 1. From Uddingston's point of view, this advice was taken in consultation with the Western District Cricket Union, who organise our weekend and midweek cricket. This decision means that any WDCU planned fixtures for 2020 up to the end of May were suspended - such as league, McCulloch Cup, and Rowan Cup. Cricket Scotland's own compeitition, the Scottish Cup was also affected. At a local level, Uddingston also had to cancel any pre-season friendlies that had been organised such as the traditional Eric Lane Trophy.

Whether any of these fixtures will be played is not clear at this stage. Therefore, as a result, the previously published fixtures for 2020 have been removed from this website. Once the club receive any further news as to when cricket fixtures are going to be scheduled and we will of course advise you through the website and Twitter (@Uddycricket).

In the meantime, please stay safe, and follow the government guidelines in relation to staying at home.