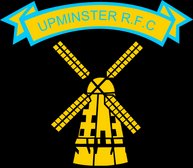 Dates for your diaries.....

The fixtures for the new season have been released & the 1st XV will be looking to continue from where we stopped in April at the end of season when we won the league and promotion back to London 3 Essex.

The season starts a week later this year and the 1st XV welcome Barking RFC to Hall Lane in the opening game of the season on Saturday 14th September. The next four weeks see Upminster travel to Basildon RFC, relegated from London 2NE on the 21st September before playing hosts to Mavericks RFC on the 28th September.

A tough start to the new season but will give us a good insight to the rest of the season.