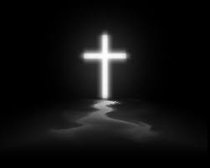 It is with the deepest sadness that I have learnt of the death of Alan Luker.

Alan was a prop thirty odd years ago, who may not have been the most gifted rugby players in the world but never gave less that 100 %. Alan was a great power lifter, at one stage world, European and British Champion in his age class. He was even World Champion at the age of 60.

Alan was often the butt of some gentle ribbing from us ten stone weaklings about his lifting, which he would take in good part, because he was, quite simply, a decent chap.

I am sure that we, as a Club, offer our deepest condolences to his family and close friends and join the Power Lifting fraternity in mourning the passing of one of the good blokes.