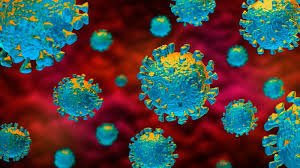 News & Views During This Crisis

A Roll Call of Honour

Nigel Merchant had a great idea - and I never thought I'd say those words. In splendid isolation in his estate in Spain, he took time out from lazing in the sun, lotus eating and contemplating his navel, to suggest I start a Roll Of Honour for those Club Members who are working in essential jobs during this damn epidemic sweeping the world.

So, I am going to miss a few, I know, but please forgive me and drop me a line to add to the roll.

Peter Merchant's wife Ali is in the front line working for the NHS. She assures me that when she hears the customary Thursday night applause for key workers, she and her colleagues are deeply touched - even though it woke her up for her night shift.

A shout out , too, for our own Candice Carleton ,Nicola Kierans, and Debbie Stansfield,our NHS heroines; for Chris Judson and Thomas Cropper our NHS heroes; for Darren Bobby Dazzler Cox, Abi Stiles, Rick Stiles and Paul Stone, on that Thin Blue Line; BartHolden and Struan Kerr and all their fire fighting colleagues; for Susu Morgan and Lee Walker for caring for the most vulnerable; for Jeff Miles for having to work with Lee; for Martin Lingham and Steve Jones and all their farming colleagues for keeping the food chain open; for Robert Jones, a Knight of the Road, ensuring the wheat is being delivered; for Matt Lane and all his postmen colleagues who keep the mail and mail orders coming through; to Louise Szodi , Richard Turvey and Nicola Clemmence for keeping the supermarkets and wholesalers working (no advertising), to Andy Woollard and Mark Crittenden for delivering groceries to the vulnerable, to Warren John Lee, Mark Murphy and Bob Fitton and all the engineers who keep the infrastructure of this country sound; to Graham Smith and Lizzie Stansfield and the many volunteers who give their time; to James Clemmence and Neil Clemmence keeping the trains running to transport key workers to their jobs; for Robert Jarman, in the army, and soon to be on the streets shooting those who insist on ignoring the 2 metre rule; for Alan Edwards, whose company supplies fuel to airports and the MOD, to bring urgent supplies to where it's needed; to Josh Miles , security guard at the test centre Gatwick Airport; Diane Miles caring for the feet of the elderly at risk; for Jay Holcombe for making much needed PPE for the NHS.

Let's not forget them and all their colleagues,cheerfully,perhaps some not so cheerfully, but putting their health, perhaps their lives on the line, during these days of fear and sorrow. And a special mention to all those out of work, through no fault of their own, perhaps struggling. Just remember , you are all part of the Vigo family.

Better days will be around the corner. We, as a club, can do our bit by following the guidelines. Stay at home. Protect our key workers. Protect the NHS, and protect your families.

As a Club, we may not be in a great position, bar takings down, but that is the least of our worries. We shall return. Nigel is working hard on his many contacts in sponsorship, to get their backing. David Oliver and Heidi Carslaw are exploring all sorts of avenues for RFU aid. We have survived for 50 years. We shall survive a lot longer.
On another note, Craig Whitehead is moving on, so we will be in need of a backs' coach to work with John, so if anyone out there has a contact who would be willing to join, contact John or Andy Carslaw