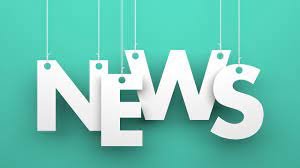 The Return of the Jockstrap

THE RETURN OF THE JOCKSTRAP

Well, here we are again. Number 2. Still haven’t found a name so we shall carry on with Jockstrap – I realise this may cause offence with the Woke Generation, but I’m 70 now and don’t really care.

So , what’s been happening since Edition 1?

Obviously the tragic death of our own Warren Lee is the single most important event since our last newsletter. Warren was one of those larger than life characters and leaves a massive hole in our hearts. Obviously not as much as his beloved Annie and both their families, and I know that we shall always be there for Annie.

It is always difficult to follow such tragedy with whimsy and good news but I know that Warren, and Annie for that matter, would want us to move on, to celebrate his life with off-colour jokes and memories of the good times. So, sleep well, Warren and thanks for the memories.

So, the season starts in September and looking at the fixture list, it looks pretty tough. I think the fun bus might have to be utilised next year with trips to Dover, Crawley. Heathfield and Pulborough to contemplate. There are some pretty tough matches there, but this is how you measure yourself – to play against the ‘big un’s’ and I am sure with application and commitment, we will not be found wanting.
Just a few changes in Committee personnel then. Andrew Carslaw is stepping down from Director of Rugby, a role he has filled with some distinction for some time since we played in black and white seemingly. John Whitehead is stepping up to combine Head Coach with Director of Rugby. We are delighted to welcome Dominic Saunders into the fold as assistant Coach. Dominic has taught PE at Kings, Rochester as well as coaching at Anchorians and brings much enthusiasm to the role. It is only fair that we, as players, support John and Dominic in attending coaching as much as we can. I have seen some pretty svelte bodies post-Covid (to be fair I’ve also seen some – shall we say, less than lithe figures too.) This year, as mentioned earlier, is going to be tough. We need to hit the ground running, so attendance and commitment is essential. Back in the day, I spoke with a British Lion who reckoned that the gap between top players and our level was purely fitness and commitment. The skill sets were not that far away, it was just the fitness to be able to do them towards the end of a hard game.

Heidi Carslaw is stepping down as Hon. Sec., a role she has filled with distinction as well as bringing some level headedness (and a withering stare) at Committee meetings. As yet, this important post is yet to be filled. Volunteers??
At the AGM (which has to be said was pretty poorly attended by the players – they must evidently be happy with the progress of the Club, then), Dave Oliver gave us some encouraging figures. Because of the generosity of Gravesham Borough Council Grants , the sponsors supporting the Club and the players paying their Annual Subs – a superb effort by all, both players and sponsors- we are in a reasonably healthy financial position. Whilst the VP’s have also stepped up with some generous donations even though they have had no rugby to watch. David had also clawed back Gift Aid and VAT which allows the Club to enter the next season with some optimism on the financial side. We have to extend a huge vote of thanks to David for a wonderful job. This has been an exhausting spell for Dave, and he will spend the next year coaching Dom & Lauren Carslaw in cooking ….I mean, creative accounting

The Youth Section have had a pretty good summer, with a few Fun Days, a Saracens Training Camp which was well attended. Sadly our three girls – Olivia Norley, Olivia Bedford and Becca Hall, have become too ‘old’ to play with the boys ( which is a big relief to some of the boys who were getting smashed on a regular basis.) Olivia Bedford will now turn her energy to equestrianism (I see Roy digging into his pockets for a horse !); Olivia Norley still wants to carry on playing rugby and will probably look at Aylesford, whilst Becca is looking to stay in rugby but on the coaching side. We, of course, will support her all the way. Anyone who wants to pursue coaching will be supported by the Club – we will pay for courses. So we wish our three girls all the best for the future.

We are sad to see the departure of Rob and Candice Carleton from the Youth Committee – although Rob will carry on playing, of course, for the Club, and we thank them for the immense amount of hard work they have put in to further the Club’s youth progress.

This season we have 125 members of the Youth Section , the most we have ever had. The Youth Committee have kept subs down again this season – as have the Senior Section – to attract players. Both Committees feel that it is some way of saying thanks to all who have supported the Club through Covid as well as attracting players from Clubs whose membership is 3 or 4 times more than ours.

There is an army of coaches and volunteers helping the Youth side but they are still looking for more volunteers both to coach and help in the infrastructure of the Club. We will, of course, bear the cost of any coaching (or refereeing ) courses for anyone wishing to attend.

At the AGM, in the absence of our Awards Night, the following awards were given.
1 st XV SPOTY - Ben Moorhouse
A XV SPOTY - Dan Couchman
Ex A XV SPOTY - Josh Miles

Honours Ties were presented to Rob Carleton and (posthumously) to Warren Lee.

The Ashwell Shield was presented to Heidi Carslaw

Talking of players leaving, sadly Marcus Hunt is exploring different avenues, wanting to test himself in a higher level. Naturally, we wish Marcus all the best and trust that if things don’t work out he will return to us.

The season starts on the 21st August with a friendly at home to Beccehamians, followed by an evening match for the 2nd XV under the lights against Faversham on Thursday 26 August. Two more pre-season matches follow for the 1st XV against Sevenoaks (4 September) and Thanet Wanderers (11 Sept.) both at home. The 2nd XV will be hosting Bexley on 4th September as Ben Buckland gets his warriors together for the new season. The first League match for the 1st XV will be away to Pulborough on 18 September. On the same day the A XV kick off their season at home to Tunbridge Wells 3rd. Please support your captains, Tony Whitehead and Ben Buckland. As yet, we have no official 3rd team fixtures but if enough interest is generated then Martin Lingham will arrange matches on an ad hoc basis.
The 10th October sees our first match in the Vets Competition so Rob Hayes will be drumming up some victims…..I mean , players, for this as well.

Dan Ackary has stepped down as Chair of House and at the time of publishing we have a squad of chaps stepping forward to fill that post – Dave Dunn, Ben Paget, Callum Gibson and Phil Checksfield will share this burden. Dave Oliver and Sue Archer are handing in a years notice too, and we shall be looking to fill those roles too. I understand that Dominic Carslaw is stepping forward as Treasurer but we shall need a new Bar Manager before the end of next season. Also, we are in need of a new Catering manager. So, I ask if anyone has an idea or knows someone who could take on this post to let us know. Perhaps, combine the two.

Congratulations to Alex and Flo Flo Hatzidakis on producing a daughter, Ariella on the 14th of August. She is , of course, gorgeous and already has more hair than most of our first team. Talking of Alex, let’s have a shout out for his restaurant, Chuck and Blade Burgers in Rochester (https://chuckandbladeburgers.com). I have heard some pretty good reports, so if you are in Rochester, be sure to pop in and get a bit of decent scoff.

I’d also like to give a shout out to Rian Paget’s new enterprise -Otties Store ( http://www.otties-store.com) which sells sustainable lifestyle products and toys for the modern family and home.

If anyone would like their business promoted through these newsletters, just give me a shout and I shall promote any of our members businesses.

Well, that’s about it for Jockstrap Edition 2. Bit long, sorry, but strangely there has been plenty going on at the Club.

Stay safe. Look after your loved ones. Until the next time…….