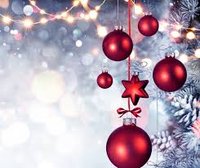 A message from your editor

When we look back on this season, it will be with mixed emotions. Unfortunately, most of those emotions will be tinged with sadness.
The playing season, of course, was curtailed in February, due to the pandemic that came to be known as either Corona Virus or Covid-19. By then, Vigo 1st XV had won 9, lost 9 leaving them 7th in the table. The 2nd XV had had a dreadful time of, arguably promoted beyond their means,and struggling to raise a side, led with indomitable courage by Ben Buckland, they won just 1 game before the virus hit. Needless to say the 3rd XV suffered too, but their record was similar to the 1st XV, winning 5, losing 5.
In the 1st XV, top points scorer was captain Tony Whitehead with 62 points, closely followed by Dave Winstone with 41. Elliot Stickings topped the try scoring charts with 7 tries. In the 2nd XVC, the durable Dan Couchman top scored with 3 tries, the 15 points making him top points scorer. Dan also led the way in the 3rd XV scoring 30 points with 6 tries. Hard on his heels, that other doughty warrior, Dave Dunn with 5 tries.

The Vets also enjoyed a great season, managing to get to the final of the Vets Cup after winning one game ! They lost to great rivals Old Gravesendians in a tremendous final, full of full blooded commitment, and not without controversy, a last minute ‘try’ by James Emmitt ruled out.

All teams suffered from injuries and a certain lack of commitment by some players. Some great Club men also began to come to the end of their playing careers, unable to stir ageing limbs into one last hurrah. Consequently, we had to field youngsters like Harry Newby, Louis Pitchell and Nathan Miles in a highly competitive 2nd XV fixture list. The experience will, no doubt, be great for them as all three of these teenagers played with courage and commitment. There are more coming through from the Academy and it will be essential, when we start playing again to ensure that they will have a team to play in.

The Awards have been postponed (at the time of writing), but I can reveal that the Supporters’ Players Of The Year went to Ben Moorhouse , Dan Couchman and Josh Miles for the 1’s, 2’s and 3’s respectively.

We, sadly lost some of our family in David Barnes, Alan Luke and Gill Campbell, and our thoughts and prayers are with their families, especially in these trying times.
However, we also welcomed into the world new additions to the family, the stork flying over Swanswood to great effect – and some on the way, I understand.
As Covid closed down the Club, I was proud to be part of the team which raised over a £1000 towards the NHS, front line in the battle against the virus. Kelly Ackary came up with an idea to (virtually) walk to every club in Kent and some in Sussex. Our very own, Quentin Tarantino (Nick McPherson) put together an inspirational film. Three teams competed and walked hundreds of (sponsored) miles. It is this sort of thing that makes me proud to be part of a club, in which I have been part of for 50 years – my Golden Anniversary Party has needless to say, been put on hold.

We shall return; the Committee working hard behind the scenes to keep the Club financially viable in the most testing of times. Our Sponsors have for the most part stood by us. We shall return, tempered in a fire of adversity, which will make us stronger. From the youngest of mini-rugby and their brilliant Committee to the oldest, who still have much to offer, if not in playing then in administration and support.

We are Vigo, the Little Club With A Big Heart, and it only leaves me to wish you all a Peaceful Christmas and hope that the New Year will bring you all much needed cheer and fortune.