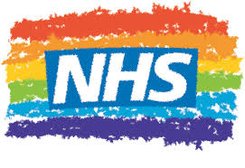 Vigo RFC in Fund Raising Effort for the NHS

Vigo RFC in Fund Raising Effort for the NHS

With all rugby postponed, Kelly Ackary, thought of a way to keep the rugby club’s spirits up, and at the same time raise some much needed funds for the NHS. Why not cycle , run and walk around the South-East, between all the Clubs against whom Vigo have played. Over 100clubs, over 970 km. But in lockdown, this is, of course, impossible. So how about if each person logs their daily exercise, add it all together and work out a route? It was originally intended for a small team over ten days. But this is a rugby club. Competitive juices started to flow, and all of a sudden over 60 members signed up, dividing into three teams, and, needless to say, war was waged. With ages ranging from 5 to 72 , from Junior rugby players, through the players to the WAGS, supporters and social members, the idea caught on like wildfire. Every day, the participants posted their distances, Kelly put them on a data base and within 7 days, one team had reached their target. The other two teams put in a superb effort to catch up - Jake French, for example cycled 100 KM, Nick McPherson did a half marathon - so to pass the time, the team finishing first 'walked' to Twickenham and back.

In the meantime, a Just Giving page was started and from an original target of £500, that was surpassed and at the time of writing over £1000 has been raised for the NHS.

This has truly been a remarkable effort and another example of why Vigo RFC is really the Little Club With A Big Heart.

Further challenges will be forthcoming,so keep an eye on this page or the FaceBook page, and see how you who have not been involved yet can join in.