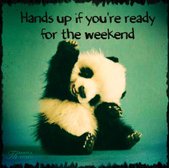 There's lots on at the club this weekend..

Drink promotions for this weekend..

On Friday the club will be open from 2pm.
On TV - The Ashes will be on Sky Sport
From 5.30pm the Premiership 7's will be on TV (BT SPort1)
At 8pm Wakefield take on London Broncos on Sky Arena

On Saturday the club will open at 12 noon, in time to put Fulham v WBA on Sky

The Firsts and 2nds are away at Camp Hill. The 2nd XV are kicking off at 1pm and the 1sts at 3pm. The 3rd XV are playing at home v Wednesbury at 3pm

On TV the Premiership 7's continue from 2.30pm on BT SPort

Norwich v Man City will be shown after the 7's finishes.

On Sunday - the club will be open from 10am

The Colts are playing Newport on the AGP at home at 2pm
Under 10's are training at 2pm on the back pitch.

Hope you all have a great weekend - just one week before the World Cup kicks off!

Next Sunday is bring a friend week in the MJ Section. There are flyers in the club to take and give to school friends. A rugby ball will be given to those who bring a friend who go on to join the club.
Training will start at 10 am for all groups and will finish at 11 so that everyone can watch England's first game in the World Cup - kicking off at 11.15 v Tonga.
The two planned games will hopefully have an early kick off too.
Come on England!!