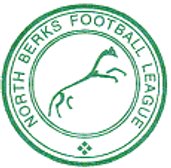 Wantage Town are delighted to announce that the North Berks League have accepted our newly reformed ‘A’ team into their ranks at the recent AGM.

The side will be run by Dave Green and Kevin Thimbleby and gives the men’s side of the club a third tier, with a pathway up through the Development side and to the First Team.

The team have been placed in Division Three and will play their home games on St Mary's field, using the Leisure Centre facilities for changing etc.

The line up for the division is: