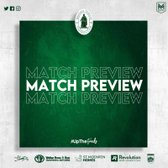 SENIOR TEAMS PREVIEW FOR THE NEXT 7 DAYS

Another two games this week, both away.

On Saturday we make the long trip to Ware for the first ever meeting between the clubs. Ware currently occupy the last play-off place with 32 points from their 17 games so will be another stern test for Wantage.

Their current form has one win (v FC Romania), two draws (against Didcot and Kidlington), and one defeat (v Biggleswade) in their last four games.

Ware were formed in 1892 and achieved entry to the Isthmian League in the mid-1970s. They had a brief spell in the Southern League in 2015-16 before returning the following season, and returned this season – both moves as the result of FA re-organisations.

The game is a 3pm kick off on a 3G surface at Wodson Park, Wadesmill Road, Ware, SG12 0UQ.

Then on Tuesday it’s a local derby as we visit Swindon Supermarine for a Southern League Cup Cup second round tie. ‘Marine play in the Southern League Premier South Division and currently sit in sixteenth spot with 22 points from 20 games.

Our last competitive meeting was in the FA Cup in September 2019 when ‘Marine recorded a 3-0 win at Alfredian Park with goals from Mat Liddiard, Jamie Edge, and Stuart Fleetwood. And our last league meetings in our three seasons in the Southern League Division One South-West also all ended in defeat.

You have to go back to 1998-99 to find our last win over them, a 1-0 success in the Hellenic League at Alfredian Park!

The game is at at the Webbswood Stadium, Supermarine Road, SN3 4BZ with a 7:45pm kick-off.

If you can’t make it to Ware on Saturday then please come along to Alfredian Park to support the Development team who host Hungerford’s reserve side in the Hellenic League, Division 2 South.

Hungerford are in fifth spot with 16 points from 11 games, while Wantage have 26 from 13. Last season’s only encounter was in the supplementary Chairman’s Cup, Wantage recording a 2-1 in the group stage with goals from Jordi Davies and Jack Badger.

The game is a 2pm kick-off.

More new opposition for Wantage as they welcome Hillingdon Abbots Reserves for a First Round tie in the League Plate.

Much like last week’s opposition, Hillingdon are in the Development Division, where they have 7 points from 7 games to date, their latest game being a 2-1 defeat to Stanford-in-the-Vale on 14th November. Their last two games have been postponed.

Wantage won 8-0 against Goring reserves in the Preliminary Round last week.